Bitcoin is often criticized for the electricity it consumes. However, few discussions on this topic present a detailed method to arrive at an estimate. This article shows how to use some simple math to draw your own conclusions about Bitcoin’s electricity consumption and the effects it may have on the world.

Estimating Bitcoin’s energy consumption requires a model. Built into any model are certain assumptions. Provided that assumptions are clearly stated and all calculations are given, imperfections in the model can be corrected to arrive at a more accurate estimate.

Two models have been proposed to estimate Bitcoin’s energy consumption: top-down and bottom-up. These two models were presented in the Princeton Bitcoin Video Course.

A variation on the methods presented here has also appeared in a recent paper.

The top-down approach asks the question: how much electricity would the current block subsidy buy? In this model, miners take no profit and have no expenses. They use all of the block reward proceeds to fund power consumption.

We begin the calculation by determining the block subsidy rate in US dollars (USD) per hour. Each block produces 12.5 BTC and there are six block per hour on average. The current exchange rate is $6,700 USD/BTC. We therefore calculate the subsidy rate of:

Next, we compute how much electricity the block subsidy rate could buy. Rates vary across the world, but a range of $0.05 to $0.10 per kilowatt hour (kWh) is typical. Picking the pessimistic case of 0.05 USD/kWh, we can compute the energy that can be bought from the block subsidy:

or 1.0×107 kW (10 million kW). To make this number easier to work with, it can also be expressed as 10 GW (gigawatts), where one gigawatt equals 1 million kilowatts.

Under this model, the Bitcoin network consumes electrical energy at a rate of 10 GW. We can think of this figure as an upper bound because the assumption of no profit or other expenses is unrealistic. The real number is likely to be lower because less money is actually available to buy electricity.

We can also arrive at a lower limit for power consumption by assuming that all miners use modern, efficient hardware. Combining the technical specifications for a specific unit with Bitcoin’s implied hash rate would yield an estimate of the power required to generate sufficient hashes to maintain a 10-minute block interval. For simplicity, this model assumes that no electricity will be used for cooling or hardware manufacture. 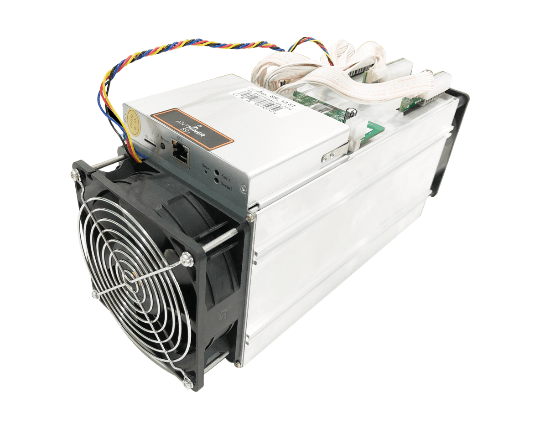 The Antminer S9i is a popular unit we’ll use for this estimate. Antminer reports the following specifications:

Using this information allows us to calculate the amount of energy required for a single hash (1 watt = 1 joule/s, or 1 J/s):

According to Blockchain.info the current implied network hash rate is 3.9x107 terahashes/second (TH/s). We can express this rate in terms of hashes per second with:

In other words, the Bitcoin network generates 3.9x1019 hashes per second.

Given the energy cost for each hash using the S9i, we can compute the amount of energy used by a Bitcoin network composed only of these units:

The two models, bottom-up and top-down, give results within a factor of 10 of each other:

The actual figure is likely to lie somewhere between these two extremes.

How does Bitcoin’s energy consumption compare with that of the world’s countries?

or 3.2x1010 kWh. We can compare this energy with the energy used by the world’s countries. At rank 59 on the list, Denmark uses 3.2x1010 kWh. In other words, the Bitcoin network consumes as much electrical energy as the country of Denmark under the bottom-up model.

Recall that the top-down model yielded power consumption of 10 GW. Using this as a base, we get:

or 8.8x1010 kWh. At rank 35 on the list, Pakistan consumes 8.2x1010 kWh, and rank 34 Philippines consumes 9.1x1010 kWh. In other words, the Bitcoin network consumes about as much electrical energy as the countries of Philippines and Pakistan under the top-down model.

Some simple math and reference data are all it takes to estimate Bitcoin’s energy use and put it into context: